Forgiveness is the Best Tool for Healing 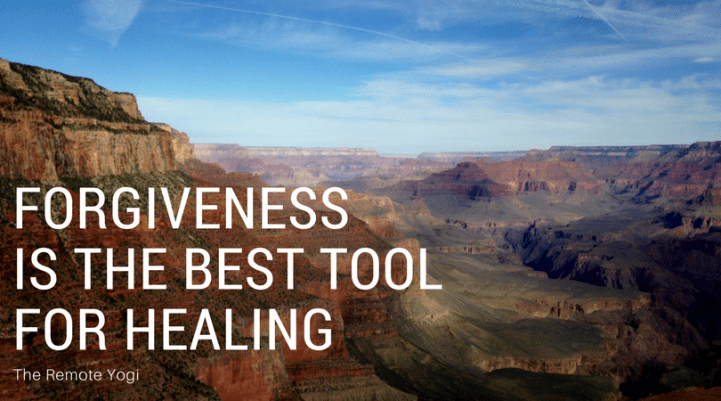 Today, we are talking about one of my favorite F words: Forgiveness. While the lesson on forgiveness is often a hard one to ace, it is one of the most transformational. Forgiveness gave me the tools I needed to compassionately release people from my life. It taught me how to find true peace when reflecting on my past conflicts. Plus, it was one of my greatest teachings on self love, learning to forgive myself. Forgiveness is, in my opinion, the best tool for healing. 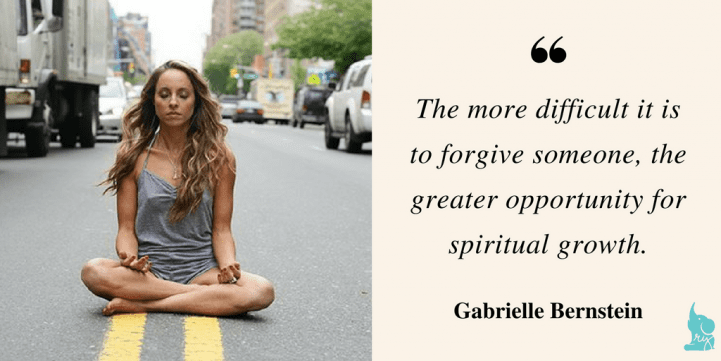 I was raised in a Christian home, so I knew the word forgiveness at a pretty young age. I knew that when we do bad things, God forgives us, just like we should forgive others. This made perfect sense to me, mostly because I never had a problem with forgiveness as a kid. I could only hold onto anger or annoyance for a couple of seconds, then I would completely forget what I was mad about.

Me: “I can’t even remember why I was mad, so yep. You’re forgiven.”

As I grew older, I was using forgiveness is less healthy ways. I would receive warnings from family and friends that I forgave too easily and that I was a push-over. At the time, these accusations were rather true. I would let friends and ex-lovers treat me terribly, but I would make excuses for their behavior. Often, I would forgive without even receiving apologies.

In my early twenties, I started to understand that I did not forgive so easily, especially when I was unaware of the deep hurt in the first place. These conflicts came up in counseling or yoga and were much deeper wounds to heal. For example, I was clinging to poor relationships out of a fear of abandonment I developed when my mom moved out during my youth. When I realized I needed to forgive her, I was able to heal that wound and release that pattern.

I am a student of Gabrielle Bernstein and her book Spirit Junkie seemed to enter my life at the perfect time. My marriage was going downhill and I was devastated. I was so angry at him for his mistakes, but I was even angrier at myself for failing. Gabby’s lessons on forgiveness helped me to give my best effort, but eventually walk away as the ultimate act of forgiveness. 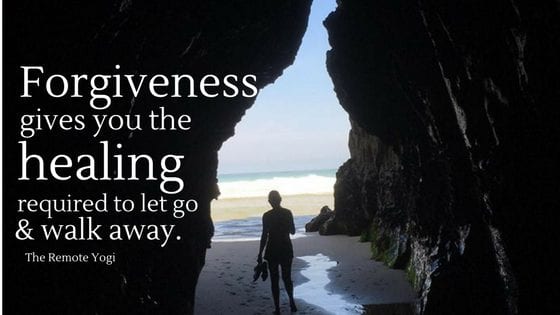 For me,  walking away from my ex-husband was my way of saying, “I understand where we both went wrong, and I forgive both of us. Releasing you is an act of my love and forgiveness.” And I truly felt that.

Now, that did NOT mean that forgiveness and love were emotions I felt every day. Hell no, it is not that easy. I still had anger. I still had hurt. I still had moments when I cursed us both. Of course, that’s only natural. However, when I experience these moments, it is a clear sign that I have more forgiving to do, there’s more to let go of.

Forgiveness is not a “one time and done” activity. It is a daily choice. It requires commitment.

What forgiveness is NOT

There are a lot of misconceptions about forgiveness, whether taught in a religious setting or laughed about with girl friends over a bottle of wine. I wanted to take a moment to address the lies about forgiveness that I once believed too.

1. Forgiveness does NOT mean that person needs to stay in your life or that their behavior was okay. This is the type of “forgiveness” that kept me in trouble in the past. Forgiveness is not the endorsement of someone’s bad behavior or the agreement to be silent about it. By all means, you can forgive someone completely and still take them to court for abuse. You can forgive someone and still cut them out of your life. Forgiveness simply means that you do not allow their decisions to have hold of your emotions anymore. 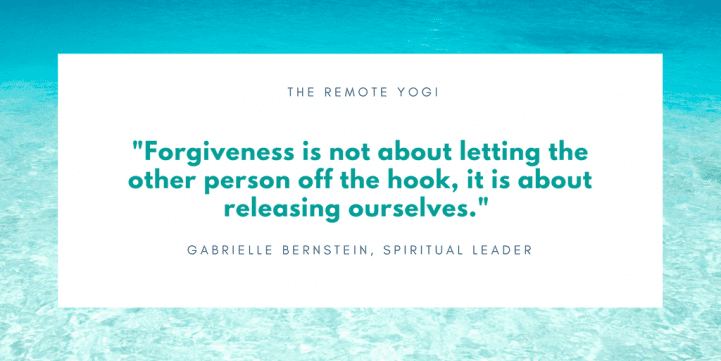 2. There are times when forgiveness is just too hard. As I said before, forgiveness is not a quick fix. Forgiveness is a daily choice to release things that once hurt you. The act of forgiveness, the steps it takes, are actually simpler than you would imagine. Emotions are sometimes paved really deep and it takes time to really heal those wounds. Forgiveness requires that we are gentle and patient with ourselves. However, it is not as difficult as we would think.

3. Forgiveness is all about them. Yikes! This one is probably the most inaccurate and the most argued statements about forgiveness. If you forgive him, it let’s him off the hook and let’s him feel better about his behavior. This is not true, at all. Forgiveness is all about the person who is doing the forgiving. It’s about the forgiver’s release of pain in exchange for peace. It rarely has an effect on the other person.

Learning for Forgive Yourself

Self-forgiveness is usually the toughest lesson. Especially for those of us who forgive others more easily or have high standards for our personal behavior.

In my marriage, I had an easier time making excuses for my ex’s behavior. I loved him and I could find a way to understand all of his faults and poor decisions. I had a much harder time forgiving myself for the mistakes I made, for “allowing” his behavior, or for letting him walk all over me. Yep, I had days when I had difficulty forgiving myself for forgiving him. It was a mess.

I had to get to a place on my journey to understand forgiveness when I realized that holding onto or resentment towards myself was not helpful. Being angry at my life choices did not help me make better ones, it just made me feel like shit, would leads to the continuation of poor decisions.

“Since brokenness is the way of folks, the only way to live peacefully is to forgive everyone constantly, including yourself.” ~Brené Brown

As much as we would like to think otherwise, guilt and shame are not effective for change. We hold onto these shameful feelings about something as simple as eating that piece of chocolate cake in hope that the shame will inspire us to take positive action tomorrow. However, shame only makes us more likely to eat another piece of chocolate tomorrow.

Want to know what is effective? Forgiving ourselves for eating the damn piece of cake. The feeling of forgiveness is a better tool for a better day tomorrow than any talk of shame will ever be.

To listen to other stories on self forgiveness, check out these incredible video interviews with Alyshea Shaw and Helen Edwards.

Forgiveness is a constant choice, but one that is usually easier for me to make when I can dive into a meditation practice. While I can share my forgiveness methods, it would be most more effective to share the methods of one of my greatest teachers, Gabby Bernstein.

Check out her short video on how to forgive:

Her forgiveness meditation mentioned in her book, Spirit Junkie, was the perfect first step I needed to open forgiveness into my daily way of life. Forgiveness has allowed me to live my life with more love and less fear. I now know what true peace feels like.

Let’s keep the conversation going. How has forgiveness been a healing force in your life? What ways could you implement more forgiveness practice into your life? Comment below and let’s chat about it.

Thank you for continuing to support the Remote Yogi and my stories. It is such a humbling experience to serve you each day. 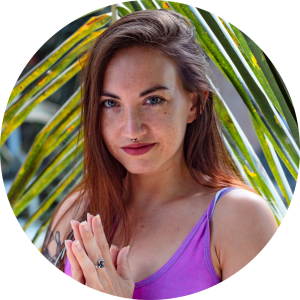 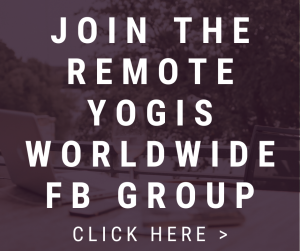 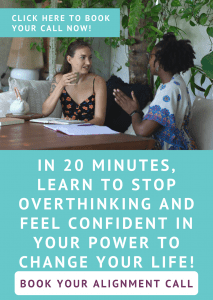 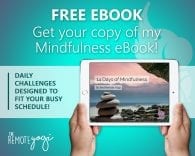